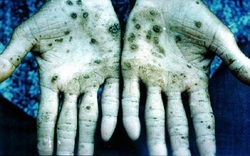 Arsenic is known as the king of the poisons as it has no taste, no colour or no smell.  It is a big issue worldwide but in Bangladesh alone at least 29 million people are currently at risk from arsenic dissolved in the ground water.

Currently there are more people suffering with arsenic poisoning than those infected with HIV/AIDS.

Arsenic leads to skin diseases, lack of energy/weakness, cancer, gangrene and  other symptoms eventually lading to death.  In one village Alum pur, over 90% of the tubewells contain water with concentrations of dissolved arsenic over 40 times the amount considered safe by the WHO.

In Bangladesh the arsenic in the groundwater is a purely natural phenomenon. A component of the rocks making up the mighty Himalayan mountain range, it has been eroded and brought down by the mighty rivers of the Ganges, Jamuna and Brahmaputra and deposited with the sediment that makes Bangladesh one of the most fertile lands on earth.   The arsenic is located in a layer between about 50-150m below the surface.

Until the 1970’s and 1980’s people drank mainly pond and river water but too many children were dying of diarrhoea from drinking bacterially contaminated
water.  So the Bangladesh government, along with international aid agencies, spearheaded by UNICEF, sank hundreds of thousands of pump tubewells, achieving remarkable success in providing bacteria-free water but also in tapping into the arsenic laced water.  The three year campaign funded by Christian Aid sought to reverse the adverse effects of this well intentioned tubewell program.

Arsenic Mitigation programs have been held in four areas, Jessore, Satkhira, Jhenidah and Mymensingh from 2001 to 2003. With funds from Christian Aid Nijera Shikhi conducted 44 seminars, workshops and round table meetings and trained 1,016 field staff and 4,380 animators (community activists).  217,281 tube wells were tested and marked, 1,931 arsenic patients were treated, 34 street dramas were performed, 164 signboards, and bill boards were made and 4 new wells were dug.  In total 68,250 benefitted from this program.
Powered by